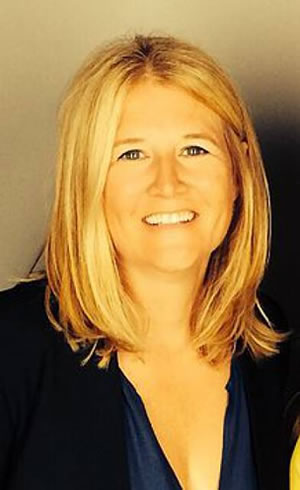 Nancy Hower, along with her producing partner John Lehr, co-created Hulu’s comedy “Quick Draw,” which returned for a second in 2015. Both executive-produce and co-write the series, while Hower directs, and Lehr stars.

After graduating from The Julliard School’s drama department, Hower performed in many plays both on and off Broadway including “The Government Inspector” opposite Tony Randall on Broadway, “Antony and Cleopatra” with Vanessa Redgrave at The Public Theatre, and “Why We Have a Body” which won an Obie Award for Best Play. She also originated the role of Andrea in the play “The Years” at Manhattan Theatre Club.

Hower then moved to Los Angeles to play Yitzak in “Hedwig And The Angry Inch” opposite Tony Winner, Michael Cerveris. There she landed a recurring role playing Ensign Wildman on UPN’s “Star Trek,” and went on to guest star in various television shows and independent films.

During this time, Nancy also started a band called Wench, which opened for Tenacious D, and later performed a solo act opening for Meatloaf on his European tour. Her song “Prozak Grandma,” is on “The Curve” soundtrack; and “Fernando,” a song which was co-written with John Patrick Shandley, was sold to “An Alan Smithee Film.”

Hower went on to write and direct her first feature film titled “Memron,” which won Audience Awards at both Slamdance and The Taos Film Festival. This was her first collaboration with star John Lehr, with whom she later formed Howler Productions. Hower and Lehr created the television series “10 Items Or Less” for Sony, which ran for three seasons on TBS. Hower served as co-creator, executive producer, writer and director on the half-hour comedy.

Nancy served as the co-creator, writer and director of the Imagine Television/Fox pilot “Take Me to Your Leader,” and recently wrote a musical titled “The Craving” with composer Steven Argila.

Hower and Lehr have co-created several shows since forming Howler Monkey Productions, including “Team McPhearson,” an animated show for Fox revolving around the world of Nascar and starring Jeff Foxworthy; a pilot for TBS titled, “John Lehr’s Movie Club;” a half-hour single-camera comedy titled “Let It Ride,” which was shot on location in Las Vegas for Comedy Central; and “Jailbait,” a web series for Sony’s Crackle Channel.

They are currently working on a new show for HBO.